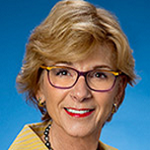 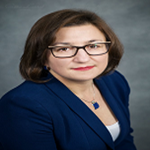 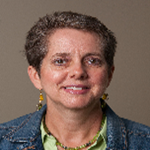 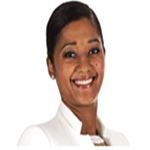 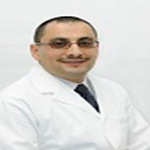 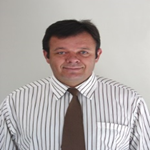 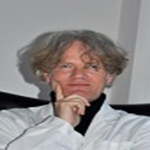 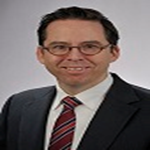 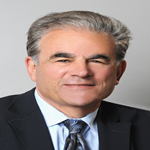 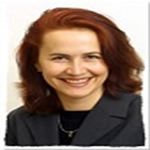 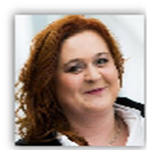 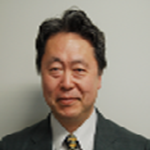 Euroscicon Ltd welcomes all of you  to the 26th International Conference on Neonatalogy and Perinatalogy to be held in Dublin, Ireland on December 22-23, 2022. With the theme "Current Trends in the Intelligence Capacity of Neonatal Research for Covid-19", the conference aims to analyze the latest advances and new research in the fields of neonatology, perinatal and pediatrics.

Neonatology 2022 brings together renowned and internationally renowned neonatal specialists, obstetricians, gynecologists, pediatricians, academics and researchers. Representatives include major medical schools, hospitals and the healthcare/pharmaceutical industry around the world. A variety of topics are discussed at the conference, such as neonatology, perinatal and pediatrics. Conference attendees will be delighted to see a variety of interactive workshops, keynotes, speakers and poster presentations and, above all, exhibitions hosted by major healthcare and pharmaceutical industries. The conference also has a Young Researchers forum where aspiring researchers can give oral presentations.

EUROSCICON is the oldest independent life science events company with a predominantly academic client base. Our multidisciplinary and multidisciplinary approach creates  unique experiences not found in professional communities or commercial bases.

This conference provides an excellent opportunity to network with renowned physicians and researchers in the fields of neonatology, perinatal and pediatrics. For the good of the world, the  knowledge presented here  can inspire more people to deepen their studies. Outstanding speakers, state-of-the-art technology and discovery in the field of neonatology, highlights of this two-day conference.

Track 1: Neonatology
Neonatology is one of the subspecialties of pediatrics which deals with the medical care of newborn infants, especially the ill or premature babies. It is a hospital-based specialty, and is usually practiced in neonatal intensive care units (NICU). The neonatal period is defined as the first month of life.

Neonatal Nursing
Neonatal Neonatal Vaccines
Neonatal Infections
Neonatal Surgery
Track 2: Perinatology
Perinatology also known as Maternal–fetal medicine is a branch of medicine that focuses on managing health concerns of the mother and fetus prior to, during, and shortly after pregnancy. Perinatology medicine specialists are physicians who subspecialize within the field of obstetrics.

Neonatal Neurology
Neonatal Gastroenterology
Neonatal  Hepatology
Neonatal Endocrinology
Track 4: Neonatal Nursing
Neonatal nursing is a subspecialty of nursing that works with the newborn infants who have a variety of problems such as prematurity, birth defects, infection, cardiac malformations and surgical problems.

Retinopathy of Prematurity
Neonatal Pulmonology
Neonatal Respiratory Disorders
Neonatal Dermatology
Track 5: Neonatal Nutrition
Nutrient demands for preterm babies are challenging to meet, and hence the growth faltering is common. The primary and most important form of nutrition for infants is breastfeeding. For the infants who cannot breastfeed; standard infant formulas should be given to support adequate nutrition and growth.

Neonatal Resuscitation
Neonatal Nursing
Neonatal Mortality
Neonatal Disorders
Track 6: Neonatal Vaccines
Newborns should receive their first dose of hepatitis B vaccine within the first 24 hours of birth. Newborns who for a medical or other reason did not get the vaccine at birth should get their first dose as soon as possible, and complete all 3 doses at the recommended intervals.  The AAP recommends that all medically stable preterm babies with a minimum birth weight of 2000 grams should be treated like full-term babies and receive the first dose of the hepatitis B immunization according to the recommended childhood immunization schedule. If birth weight is less than 2000 g, the AAP recommends administering the hepatitis B vaccine at one month of age or at the time of discharge from the hospital – whichever comes first.

Retinopathy of Prematurity
Chronic Child Maltreatments
Acute Respiratory Distress Syndrome
ADHD
Track 7: Neonatal Infections
Neonatal infections are acquired during prenatal development or in the first four weeks of life. There is a higher risk of infection for preterm or low birth weight neonates. Infant respiratory distress syndrome is often a condition of preterm neonates that can have long-term negative consequences; it can also arise following an infection. Other infections include bacterial, fungal, viral, protozoan infections and blood infection; termed as neonatal sepsis.

Anorectic Malformations
Esophageal Atresia
Anorectal Malformations
Hirschsprung's
Track 13: Neonatal Gastroenterology & Hepatology
Neonatal Gastroenterology focuses on the newborn digestive system and its disorders. Diseases affecting the gastrointestinal tract, include the organs from mouth into anus. Some of the symptoms of Gastrointestinal Problems include vomiting, reflux, diarrhea and colic. Neonatal hepatology deals with the study of newborn’s liver, the biliary tree, the gallbladder and the pancreas.

Neonatal monitoring
Neonatal anaesthesia
Fibro sarcoma
Lip sarcoma
Track 15: Retinopathy of Prematurity
Retinopathy of prematurity is a potentially blinding complication of preterm birth. The condition starts within a few weeks of birth and can progress rapidly over the following few weeks, or regress spontaneously. The international classification describes 5 stages, 3 zones, and plus disease (tortuosity and dilation of retinal blood vessels). In 2010 the annual incidence of blindness or visual impairment from ROP was estimated to affect 32,000 infants born preterm. All regions are now affected.

Ewing's sarcoma
Angiosarcoma
Malignant peripheral nerve sheath tumours
Decompression
Risk factors for ROP include increasing prematurity, intrauterine fetal growth restriction and a range of postnatal risk factors including hyperoxia and fluctuating hypo-/hyperoxia, sepsis, failure to gain weight, thrombocytopenia and transfusion with blood products. Infants who are unstable, and who develop necrotising enterocolitis and bronchopulmonary dyplasia are particularly at risk.
Track 16: Neonatal Pulmonology & Respiratory Disorders
Neonatal pulmonology deals with diseases involving the respiratory tract. The main respiratory disorder in neonates is Respiratory distress syndrome (RDS). It occurs in preterm infants due to a deficiency of surfactant in the lungs. This disorder is the result of under developed lungs in infants. Other respiratory problem in neonates include Chronic lung disease, Transient tachypnoea of the newborn, Persistent pulmonary hypertension of the newborn, Meconium aspiration syndrome, Pneumothorax, Congenital pneumonia, Surgical and congenital conditions.

Market analysis
Scope and importance:
22nd edition of international conference on Neonatology and Perinatology gives the chance to explore the problems associated with infants and new-borns. It emphasizes on the vast subspecialties of pediatrics; that is neonatology and perinatology. 22nd edition of international conference on Neonatology and Perinatology is an ideal stage to expand the novel research and innovative trends in Neonatology. Neonatology 2018 is a versatile conference that offers varying knowledge and professional diagnosis on neonates and children. With the Annual meeting on Neonatologists and perinatologists, we expect the gathering of eminent people from various places around the world so that novel research will be discussed at the conference and that would be beneficial for further advances in medical treatment of neonates and infants.
Why Germany?
It is being acknowledged that Germany has the lowest birth rate in Europe and this is due to Infant mortality, prematurity/low birth weight, maternal complications of pregnancy and maternal substance abuse.
Germany during 2014-2016 has shown an infant mortality rate of 3.5 per 1,000 live births.  In 2015 alone the rate of perinatal mortality was 2.2 per 1,000 live births and foetal deaths which have reached to 3.9 per 1,000 infant births by the year 2016. Reflecting this statistics Neonatology-2018 aims to educate Neonatologists, perinatologists and also civilians to achieve the goal of reducing infant death rate.
Members Associated with Neonatal Research:
Neonatal research includes a number of specialties like Newcastle preterm birth growth study, Neonatal surgery, Reducing painful eye examinations in preterm infants (REDEXAM) and many more. Every Neonatologist explores the topic related to child health care. Neonatologists, Perinatologists, Nursing staff, physicians and paediatricians are associated with Neonatal research.
ASSOCIATIONS AND SOCIETIES
German society for neonatal screening
European society for neonatology
International society for Neonatal screening
German society of pediatrics and adolescent medicine
Bulgarian association of neonatology
Academy of neonatal nursing
German Society for Tropical Paediatrics and International Child Health
European society of pediatric and neonatal intensive care
National association of neonatal nurses, USA
German Society for Paediatric Oncology and Haematology
Swiss society of neonatology
International Neonatology association
There are a number of Neonatologists across the globe and Germany. Germany is said to be one of the top most countries having a large number of neonatologists and is also said to have largest number of neonatal intensive care units (called Level 1 perinatal centres in Germany).
Hospitals Associated with Neonatal Research
Universities associated with Neonatal research:
Universities associated with neonatology in Germany
Universities associated with neonatology worldwide
University of Rostoc
University of Pennsylvania
University of Freiburg
Harvard University
University of Heidelberg
University of oxford
Technical university of Munich
Johns Hopkins University
Cologne university
University of Washington
University of Hamburg
University of Colorado
Ludwigs-Maximilians university of Munich
University of Cincinnati
Market value on Neonatology Research:
According to the records worldwide the market value on Neonatal research is $1045.505 million. The Germany market value is 167 million.
Market Growth of Neonatal Research in the last and upcoming ten years:
Neonatal research has been increasing with the growth of infant mortality rate. The estimated market value in the future on Neonatal research is $79 billion.

The 25th Edition of International Conference on Neonatology was held on October 11-12, 2021 at London, UK with the presence of professional researchers, scientists involved in the development of high-quality education & research in all aspects.
Neonatology 2021 witnessed an amalgamation of peerless speakers who enlightened the crowd with their knowledge and confabulated on various topics related to the field of Neonatology and Pediatrics. The highly exalted conference hosted by EuroSciCon was marked with the attendance of renowned and brilliant researchers, business delegates and talented student communities representing more than 20 countries around the world. The conference has tried grounding every aspect related to Neonatology, covering all the possible research areas.
The conference aimed a parallel rail with theme “Current Trends in the Intelligence Capacity of Neonatal Research for Covid-19”. The meeting engrossed a vicinity of cognizant discussions on Recent Developments in Neonatology, Perinatology, Neonatal Research, Retinopathy of Prematurity, Neonatal Resuscitation, Neonatal Nutrition, Case studies and reviews, Neonatal Respiratory Disorders, and much more. The two day event implanted a firm relation of upcoming strategies in the field of Neonatology with the scientific community. The conceptual and applicable knowledge shared, will also foster organizational collaborations to nurture scientific accelerations.
We are thankful to all our speakers for encouraging and supporting us to conduct the conference and catapulting the same to pinnacle of success.
The Organizing Committee would like to thank the Chair: Prof. David Hutchon, Darlington Memorial Hospital, UK and Moderator: Ms. Ki-Ni Niko Tien, University of Maryland School of Nursing, USA for their valuable contribution which resulted in smooth functioning of the conference.
The meeting was embarked with an opening ceremony followed by Keynote Sessions, Workshops and series of lectures delivered by Honorable Speakers. The highlights of the meeting were the eponymous lectures, delivered by:
Clare Gilbert, London School of Hygiene & Tropical Medicine, UK
David James Riddell Hutchon, Darlington Memorial Hospital, UK
Estera Lavinia Decean, Clinical County Emergency Hospital, Romania
Lajos Lantos, Neonatal Emergency and Transport Service of the Peter Cerny Foundation, Hungary
Lata Bhat, Indraprastha Apollo Hospital, India
Prashanth Gouda, National University of Science and Technology, Oman
Neaha Patel, Homerton University Hospital, UK
Surajeet Kumar Patra, RB Health, India
Anup Kage, Imperial College Healthcare NHS Trust, UK
Yoko Imaizumi, Osaka University, Japan
All of them provided their fruitful contributions in the form of highly informative presentations and made the conference a top notch one.
The poster session has been much interactive and budding researchers enjoyed presenting their research. The best poster award was given to Ms. Ki-Ni Niko Tien of University of Maryland, USA.
EuroSciCon is prerogative to thank the Organizing Committee Members, Keynote speakers and Chairs on transcribing the plenary sessions, workshops and speaker sessions in a diversified and variegate manner to make this conference an enviable artefact.
EuroSciCon also express sincere thanks to all the media partners for the promotion of the event to glory.
With the grand success of Neonatology 2021, we are glad to announce our next upcoming conference “26th Edition of International Conference on Neonatology and Perinatology” which is going to be held in Dublin, Ireland during December 22-23, 2022.
Bookmark your dates…
Hoping to meet you once again on Neonatology 2022!!! 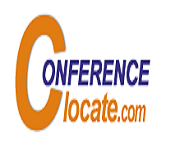 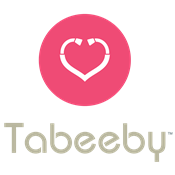 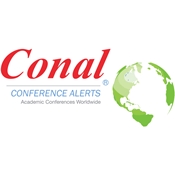 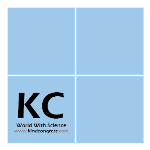 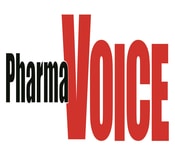